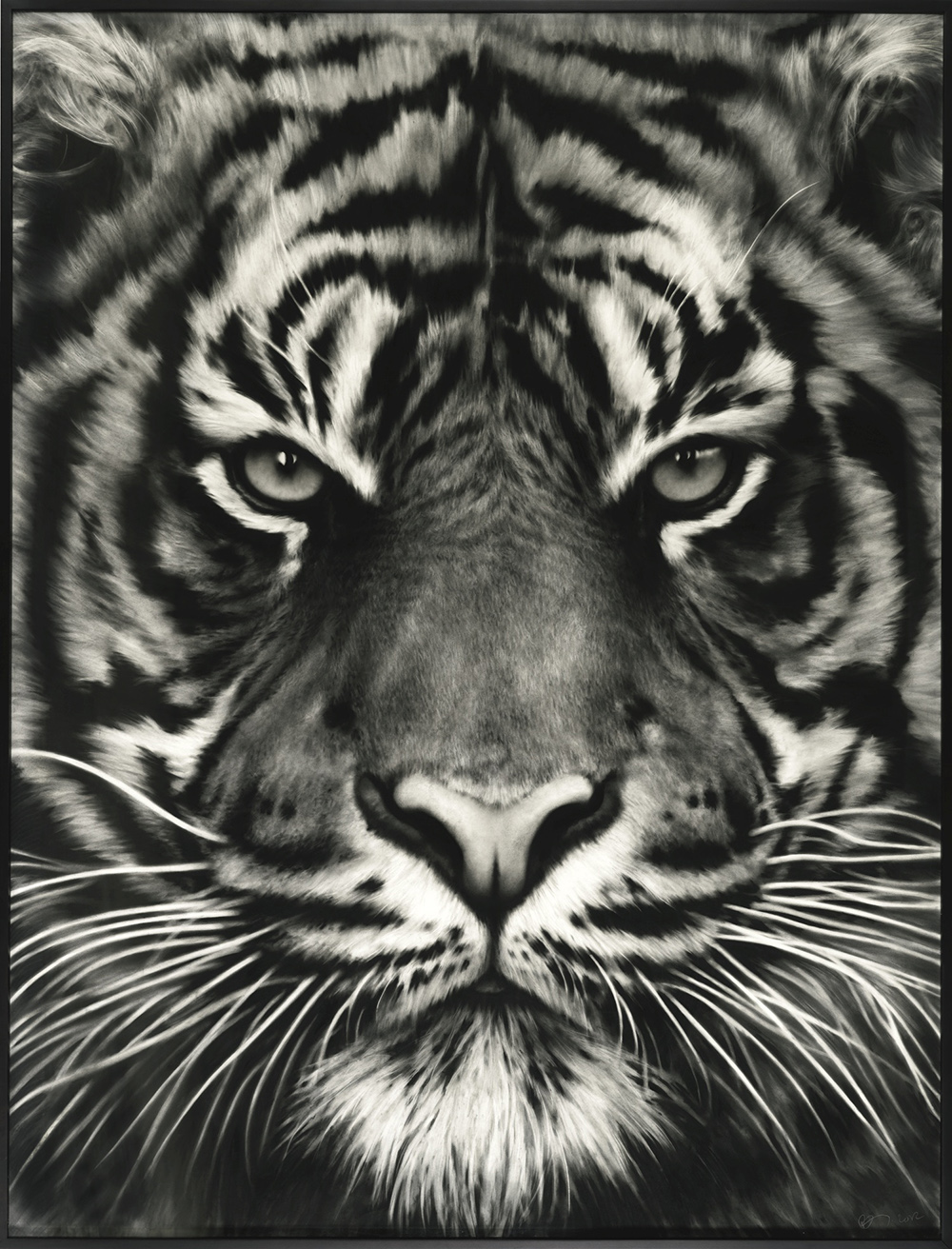 Stemming from the “Pictures Generation” of artists, Robert Longo (born 1953, Brooklyn NY), is most famously known for his “Men in the Cities” series from the early 1980’s. This series depicts larger than life, graphite and charcoal drawings of men and women in business attire, contorted as though they have just been shot in the back (oddly prophetic of iPod ads). His supersized imagery naturally progressed to the supersized stage of Pop video and Hollywood film. He directed both, Bizarre Love Triangle for New Order, and Peace Sells for Megadeth, working with artist and editor, Gretchen Bender. Later Longo would move on to direct feature-length films, including Johnny Mnemonic, starring Keanu Reeves who plays a data courier who traffics information in his mind, too sensitive for Internet transfer. Most of Longo’s works are fused with masculine imagery, such as nuclear bombs, tidal waves, sharks, firearms, and fighter jets and pilots. Drawn in black and white to allude to the truth implied, these images are representative of the cinema-like scale and grand display of U.S. cultural and economic power as well as its’ pride.

This ethos continues through his recent work displayed in a dual-exhibition at Metro Pictures and Petzel Galleries, both in New York. A monolithic blackened American flag wax sculpture and an intensely large drawing of the U.S. Capitol building, displayed at Petzel, are counterpointed by intricate charcoal drawings of Abstract Expressionist paintings at Metro Pictures. Seeing Abstract Expressionism as historical starting point of an American post-World War II cultural expansion, Longo bookends this beginning with a portrayal of heroic proportions and depressed realities in the American flag titled, “Untitled (The Pequod)”. He remarks, of America, “We have the same hubris that Ahab had.” Robert Longo’s contemporaries are Barbara Kruger, Richard Prince and Cindy Sherman.

Video: Robert Longo: Man in the City - from Nowness